I’ve been seeing a couple of fifth wheelers coming through the showground and they’ve been feeding my desire for a fifth wheel in our life. They’ve been mostly the Travel Home brand (below), which I love, and it’s made me realise that I didn’t actually know what they’re talking about when it come to fifth wheel trailer hitches. 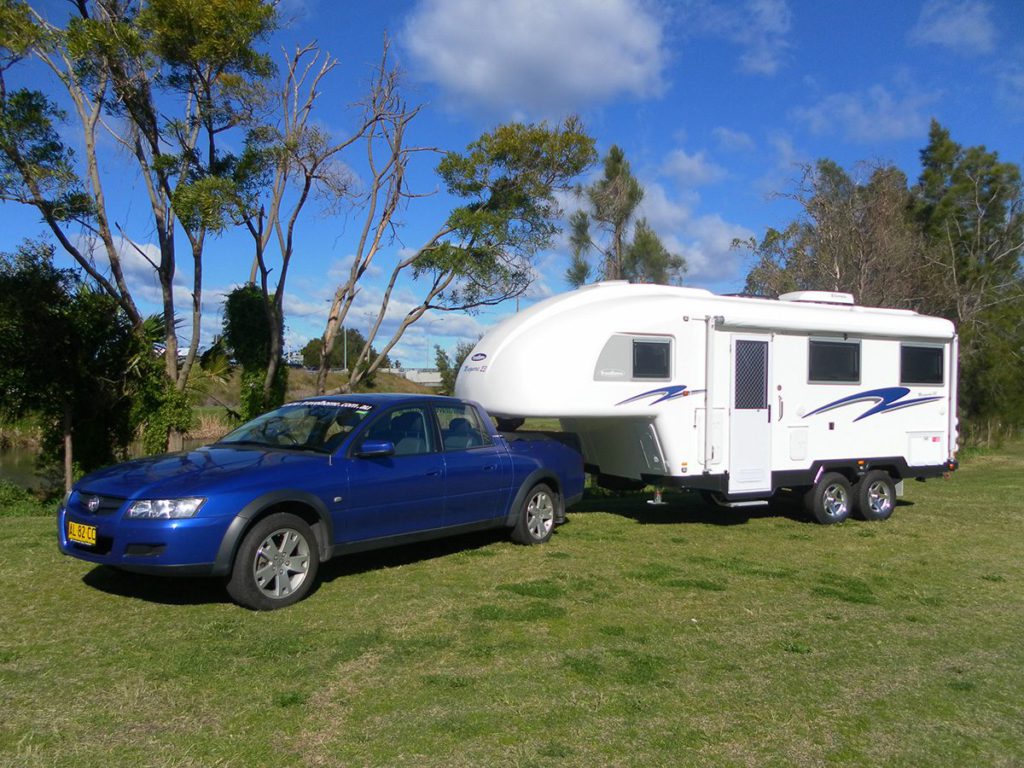 I heard words like gooseneck, hitch and king pin being flung around, so I thought I should figure out what they all mean.

Heck, I realised that I don’t even know why these types of trailers are called a fifth wheel?!  Answer: The fifth wheel connects to the tray bed of the tow vehicle in a circular shaped hitch or turntable, which kinda looks like a wheel, so that’s how it became the ‘fifth wheel’ of the tow vehicle.

So if you’re in the beginning stages of looking at a fifth wheel campers, here’s your primer on hitches… 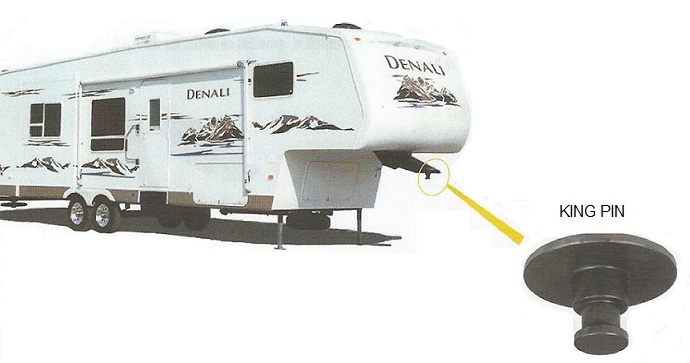 The king pin slides into the fifth wheel hitch, which is the part that sits in the bed of the ute. It has a sort of horseshoe shape that I’m sure you’re familiar with. Here’s a pic of one, just in case: 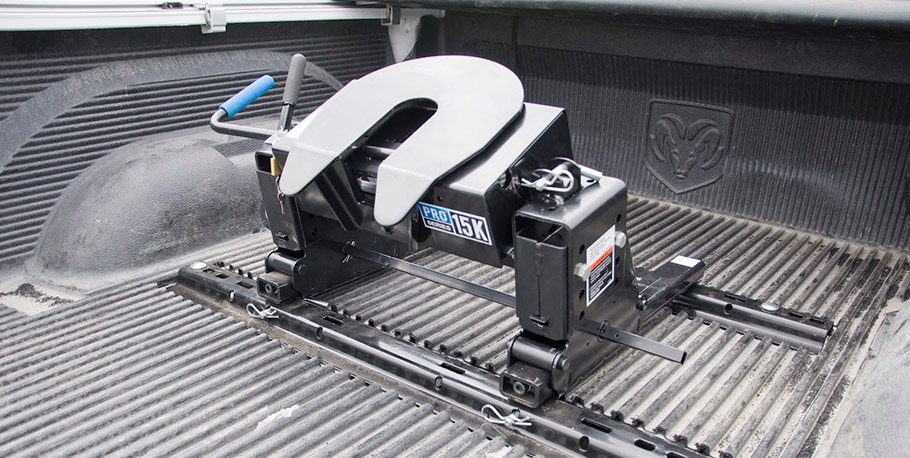 BTW – this is the type of hitch that heavy duty truck and trailers use, hauling goods all over the country.

As you can imagine, these fifth wheel hitches come in a MULTITUDE of different formats with different things that they can do.

They say, that a fifth wheel hitch is only really appropriate for long bed utes, where the bed of the truck is 8ft or longer. This is because the king pin (and therefore the hitch) needs to sit between the cab and the rear axle. If you have a short bed ute, the hitch will be too close to the cab and the front of the trailer is gonna collide with your cab when you turn tight corners. Picture below as a bit of explanation: 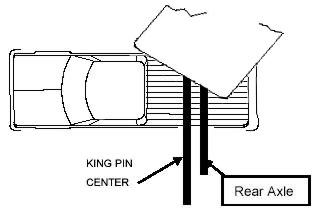 Now, if you already have a short bed ute you can still use a fifth wheel hitch, but you will need to use a slider hitch.

This is a hitch that slides further back (towards the tailgate) in the bed of the truck only when you’re doing tight turns at low speed. Such as pulling into or out of your camp site. This allows you to do tighter turns because the trailer is moved further away from the cab and it won’t hit.

Hopefully explained with this pic: 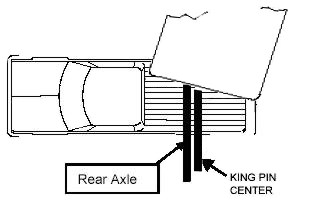 You’ll see that the king pin ends up past the rear axle, but it’s fine because it’s only for a little while as you are completing the turn.

They come in either manual (where you have to get out of the truck and unlock the hitch before making your turn) or auto.

A gooseneck hitch is where the hitch on the fifth wheel fits over a ball that sits in the bed of your truck.

This pic shows it quite well. 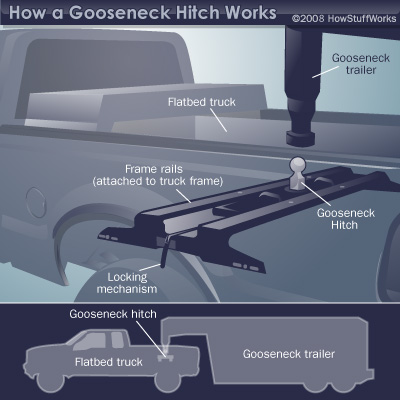 Although this next pic is low quality, it helped me to understand what these look like.

You are able to get adapters that turn a gooseneck to a fifth wheel, but that’s getting a bit more specialised, and every situation is unique. An adapter can change where the stressors are applied to the rig so it’s much more than just a simple ‘plug and play’ scenario. If you’re going to do something like that I think you’ll need to talk to a towing / truck / RV / fifth wheel specialist. i.e. not me.

So that’s just a brief overview of fifth wheel trailer hitches. Hopefully it’s given you a little bit of clarity about what they are and how they work. 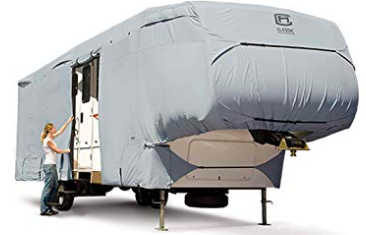 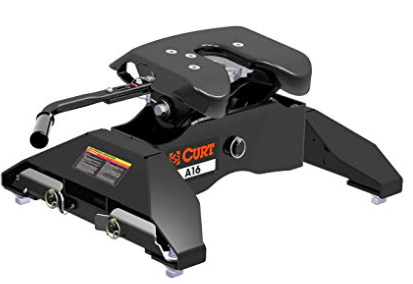 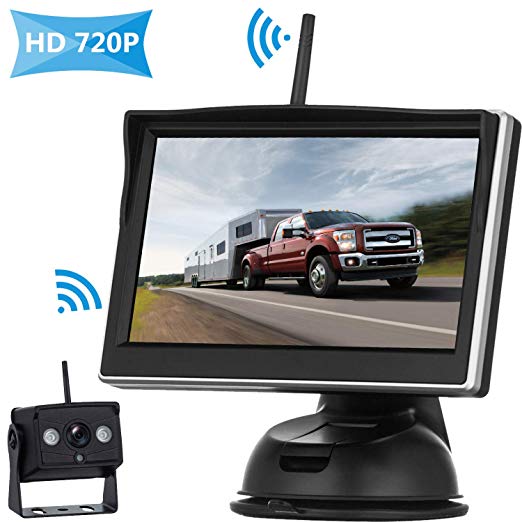 Back up camera & monitor 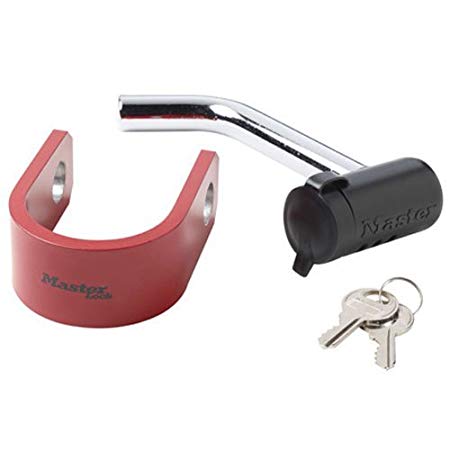 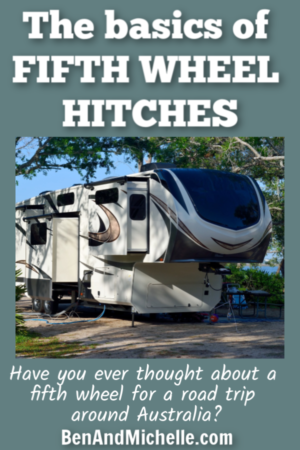 Enjoyed reading the article above , really explains everything in detail and the article is very interesting and effective.Thank you for sharing

That's cool that you could get a trailer hitch that would sit in the bed of your truck. I like the idea of having a big trailer, and it looks like one of those would allow you to pull a taller one. If I end up getting a trailer, I'll have to look into getting something like that as well.