I’m constantly on the hunt for the best caravan or motorhome or camper trailer for us. Constantly. When a new sponsored post comes up on my facebook feed I think I’ve found the perfect one, or when a man stops to help us with our trailer lights and I covertly covet his rig, I think it’s perfect.

But this time, I really do think I’ve found it!

I’ve found the perfect little caravan for us!

We first saw this little beauty at the Motorhome show in Auckland, NZ and I was pretty enamored with it then. Now that we’ve been on the road for more than six weeks, I’m more and more convinced that it would be right for us. But I’ve really got to try not to lust after her too much. 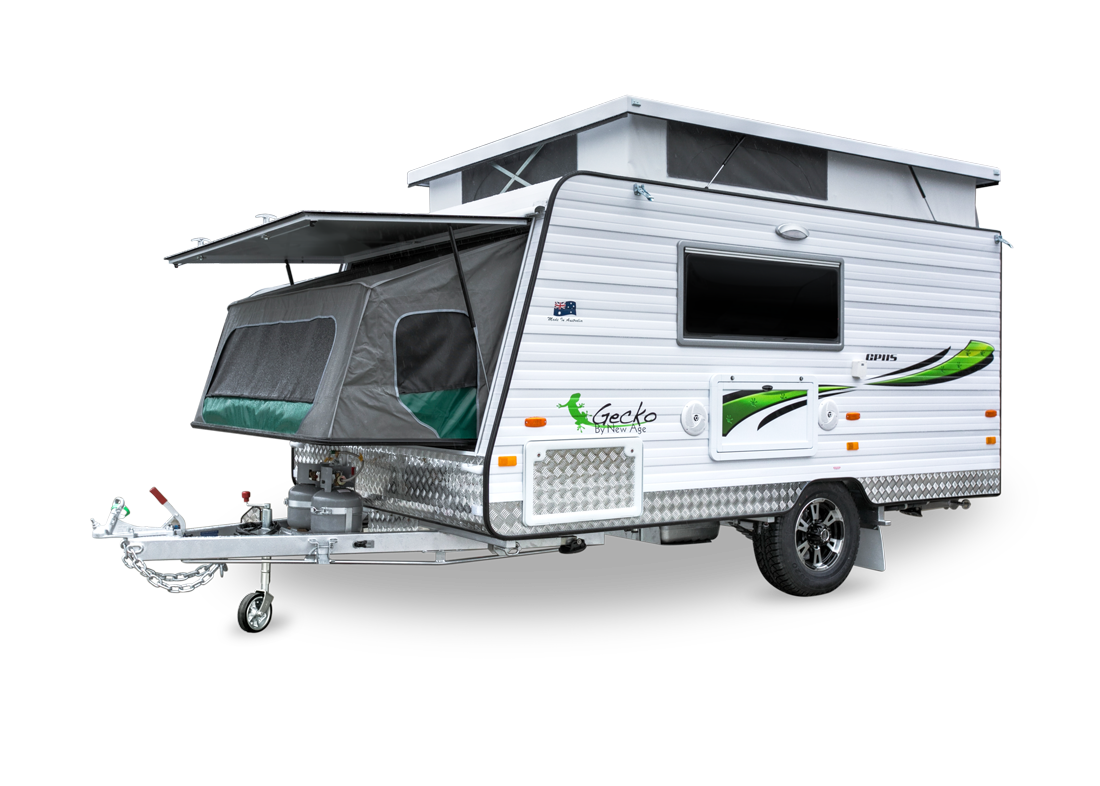 At only 11ft (3.3m) long I think it’s the smallest caravan I’ve ever seen, well the smallest that has a toilet and shower anyway. I like the idea of a small caravan because it’s easier (and safer I think) to tow and isn’t going to chew through the fuel as much as a large caravan. I don’t feel like it would frighten me to tow it if I were by myself.

I like the layout of this caravan. It seems to make sensible use of the available space without wasting space on the things that don’t really matter to me.

Being a pop-top keeps it’s height down as well as its length, reducing drag and weight, and therefore, also reducing fuel costs.

Well look at that, this has a separate toilet and shower! No more getting fully dressed and shod to stumble 100m in the dark to go for a midnight tinkle. I can tinkle in my own caravan and go back to bed before I’ve woken myself up fully.

And while having a separate shower is not a game changer to me (although there was a time where I thought it was) it would sure be nice to be able to have a shower without my jandals on and without having to fret about making sure nothing falls on the floor. 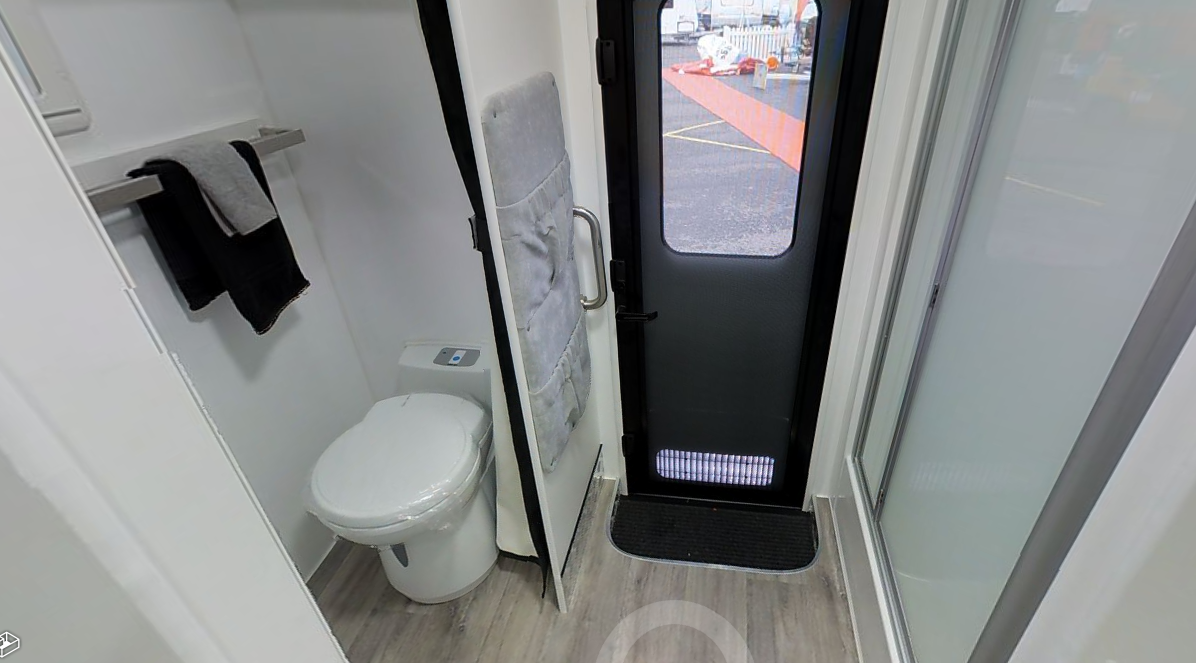 For clothes, so we don’t have to live out of a bag each that needs to be lugged in and out of a tent.

For food, so I don’t have to manhandle two 60L plastic tubs every time I want to make a coffee.

Everything is there and ready to go. Don’t have to get the stove and gas bottle and then connect them, and then set up a wind shield around it. Don’t have to hook up the tap pump and then the grey water bottle just to do dishes.

But it’s not all sunshine and lollipops. As with everything (especially caravan or motorhome related!) there are compromises.  These things make it not absolutely ideal, but it’s not enough to make me want to go any bigger either.

Being an east-west configuration means that the bed doesn’t take up half the caravan, but it also means that I have to climb over Ben to get in or out of bed. We’ve found that to be not such a big deal though. I go to bed before him and when he gets up to go to the loo he wakes me up to check if I need to go too. (100% of the time… I do) 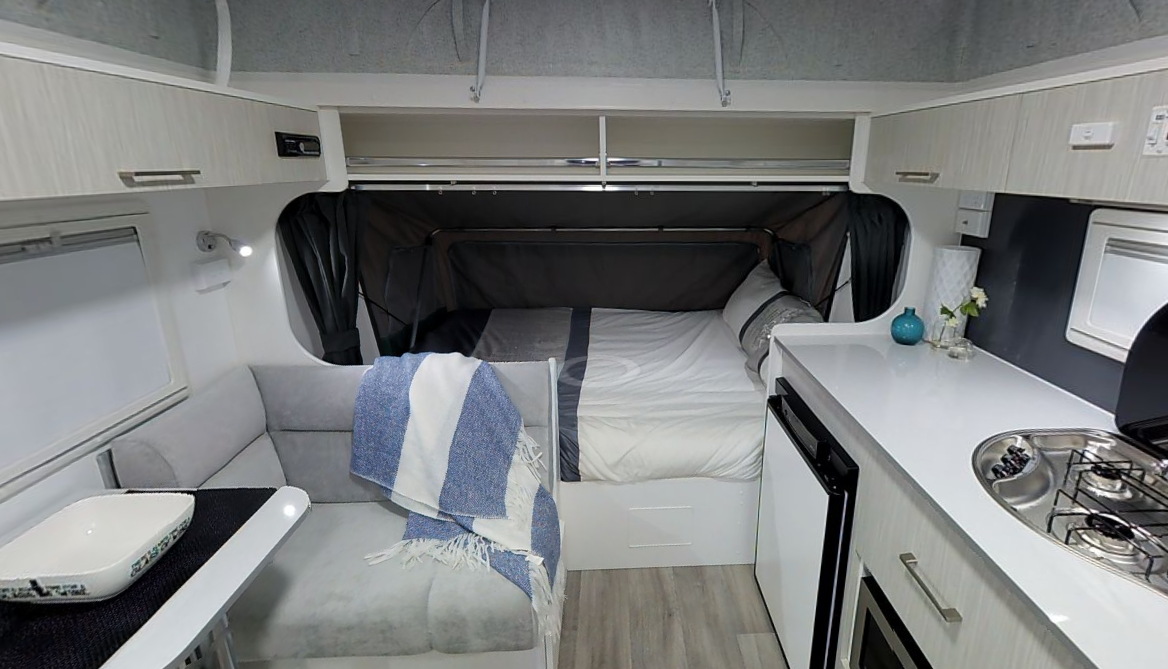 The dinette is a little snug. We’re both tall and our knees don’t fit if we sit opposite each other (we tested this out at the motorhome show) but it’s wide enough that we don’t have to sit exactly opposite. And anyway, we’d still want to be outside most of the time, the dinette would only be used when it’s raining or too cold.

Without a doubt, we would want solar panels mounted on the rood to recharge the batteries. Despite the many and ongoing dramas we have with our own current solar set-up, we definitely want the freedom to be self-sufficient, and solar gives us that.

I get excited when I find a caravan that looks like it would suit our needs perfectly, so I just have to write about it. If you like the Gecko too, check out New Age Caravans website here, they’ve got a full 3D walk-through of the Gecko so you can see the whole thing.

Do you have a favourite caravan, motorhome or camper trailer too? 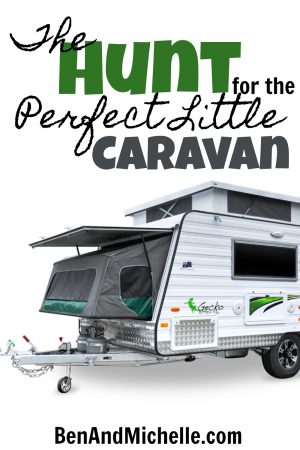 What a great little unit. I wish we'd had one of them instead of our camper-trailer - we might still be travelling. The thing I hated about our camper-trailer was having the floor on the ground, because when it rained I felt miserable and oppressed. Whereas, if we'd had a caravan, the weather wouldn't have worried me one bit, and I could have sat comfortably in the 'van, with dry feet, and watching the rain lashing against the windows. But the size and cumbersomeness (I just invented a new word) of a caravan was too daunting for me to seriously consider getting one.

But this little number looks like the bee's knees. Excellent!