We left New Zealand less than three weeks ago… and it’s kinda overwhelming thinking about how much we’ve learnt in three short, but jam-packed weeks.

Our plan for this blog has always been for it to be helpful to others that want to do a similar type of trip. Well, we’ve got plenty of learnings about buying a car and camper trailer that we can share with you.

(FYI – if you’re not planning on doing a trip like this but are just interested in what Ben and I are up to, this post will be painfully boring for you! Read this travel journal post instead. It’s what we’ve been up to this first three weeks.)

I’ve written a post here about the process we went through to buy our vehicle. The short story is that I kept an eye on carsales.com.au and gumtree.com.au so that by the time we arrived in Sydney we (well, just Michelle actually) had a good idea of what was available and at what price range. I thought we’d be able to make contact with the owners prior to our arrival in Australia, but gumtree track where you’re from and won’t reveal the owners phone number to anyone outside of Australia.

NRMA Vehicle Inspections are expensive (AUD $339 for a 4WD) but were TOTALLY worth it to newbs like us. The first vehicle we looked at seemed like a good deal at $6,000 and we noticed a few minor/cosmetic things that we could cope with for getting something so far below our budget. But the vehicle inspection revealed brakes, suspension and steering problems! That was enough to scare us off that particular purchase despite the dealers promise to get them fixed.

We ended up buying the next car we looked at as the vehicle inspection came up great and the man we bought it from was so helpful and open and talked us through all the bits of the car. We’re really happy with our car and we were still under budget by $2,000. 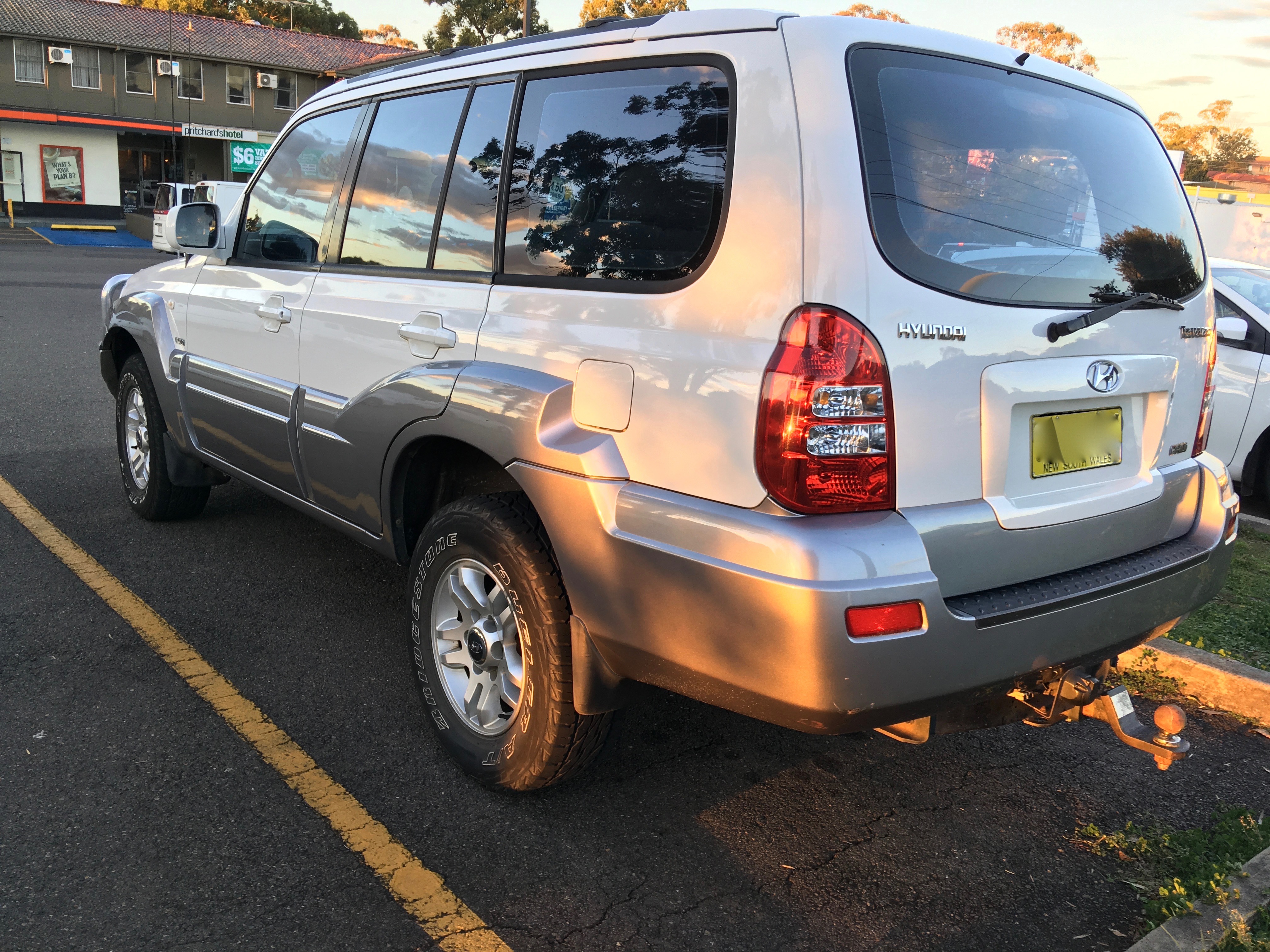 Funny story: Ben and I aren’t the greatest at negotiating but we decided to put our big girl pants on and negotiate the price down. He was wanting $8,600 so we offered $8,000. And he accepted! When we went to pick it up he’d done lots of little things for us, like provide us with a crate with a bottle of oil, trailer adapter, a new thingy that makes sure no water gets in the fuel line, a brand new head lamp and more. We felt so bad we gave him an extra hundred bucks to say thank you. I think we’ve finally met someone who’s just as bad at negotiating as we are!

Oh, this was a very big learning curve. Where to start? I’m going to have to bullet point this because there was lots we did wrong here, and lots that we learnt too.

The seller had no idea what he was talking about and once we realised that, we should have looked at EVERYTHING he said was included with the trailer. It looks like he’d just copied the details from another ad for a similar trailer to his, because when we asked him about certain things, he had no idea what we were talking about.

Here’s the things he said were included but our inspection revealed they weren’t:

Here’s the things that we didn’t check and that’s no ones fault but our own:

We didn’t ask him to put up the tent with us. Basically because I didn’t know if that was a rude thing to ask unless you’ve actually committed to buying it? In hindsight, I would have at least asked, if he said no I would have then said I would put down a deposit (say $50) that he could keep if we decided not to buy it (as long as it was in the condition that he said it was).

The tent part of our camper trailer is fine, but the annex… oh the annex! That took a very long time to figure out (even with the help of YouTube) thanks to broken and disconnected poles and a tangled mess of guy ropes. And it has no floor (even though with this model of camper trailer the annex comes with a floor)

We pretty much hightailed it to Port Macquarie (where Bens parents live) so we could hunker down and get all these jobs done to get the trailer and everything ready.

Here’s what we did that was camper trailer related:

We had thought we got a great deal with our trailer, and following how happy we are with our car we were pretty chuffed with ourselves. We paid $2,750 for our camper trailer, but now that we know everything about it, we think that’s a fair price, rather than the deal of the century.

There were definitely some lessons learnt here, especially with the trailer, but we’d never bought one before and we’re happy with the outcome, so it’s all good. There was a few days there, especially after the effort involved in putting up the annex, where we thought we may have made a grave mistake in buying a camper trailer and should have just got a tent instead. But we’re getting more and more comfortable with the set-up and pack-down and loving the freedom of being mostly self-contained. 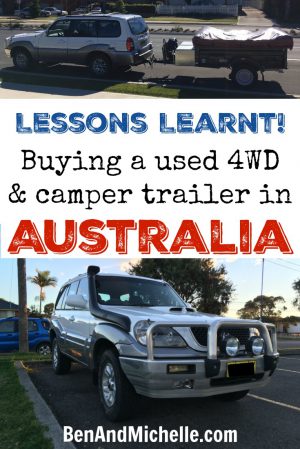 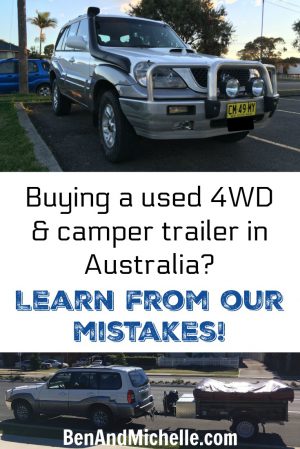