And I know I should tell you all about the magnificent tourist attractions. But I can’t.

All I can tell you about is… well… the lookouts. 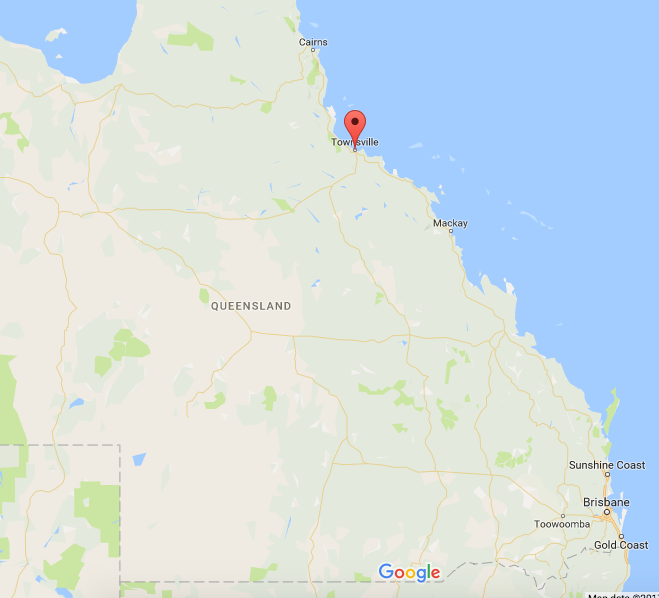 I mean, they’re high up, they’re easy to get to (well, easy if you’re driving, I don’t think walking up them would be that easy) and they provide 360 degree vistas of the surrounding countryside.

Set right in the middle of Townsville city is the imposing Castle Hill lookout. From the ocean side it looks like there would only be a goat track  up the side of the hill, but there is a road and it goes right up to the top. Once there, you can see all of Townsville. Magnetic Island is just off the coast and my sister and I took our mum there for her 60th birthday a few years ago, so we decided to just look at it this time. 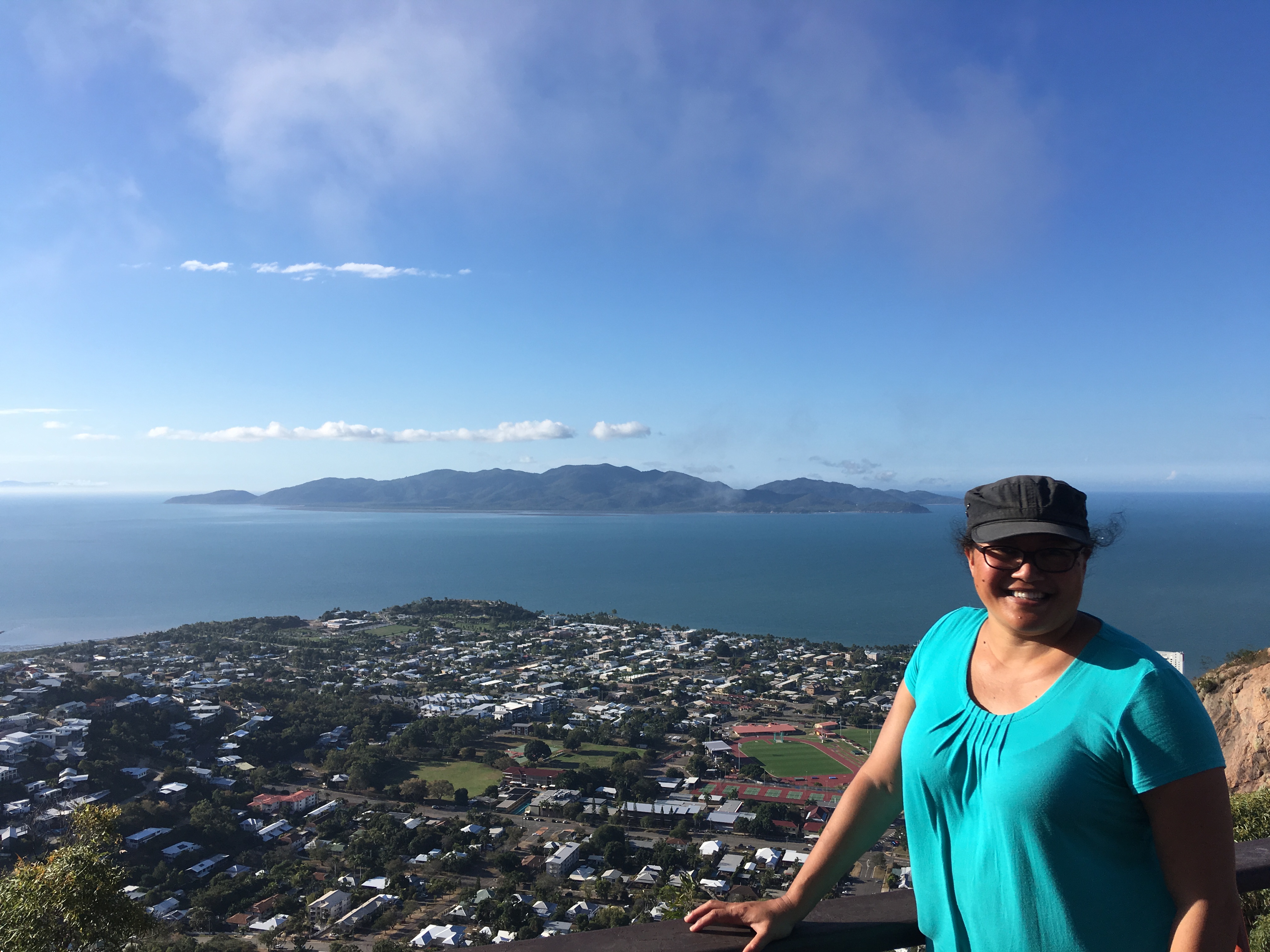 Looking out to Magnetic Island from Castle Hill Lookout

The next day we went Mt Stuart Lookout which is behind the big army base to the west of the city and much higher up than Castle Hill. 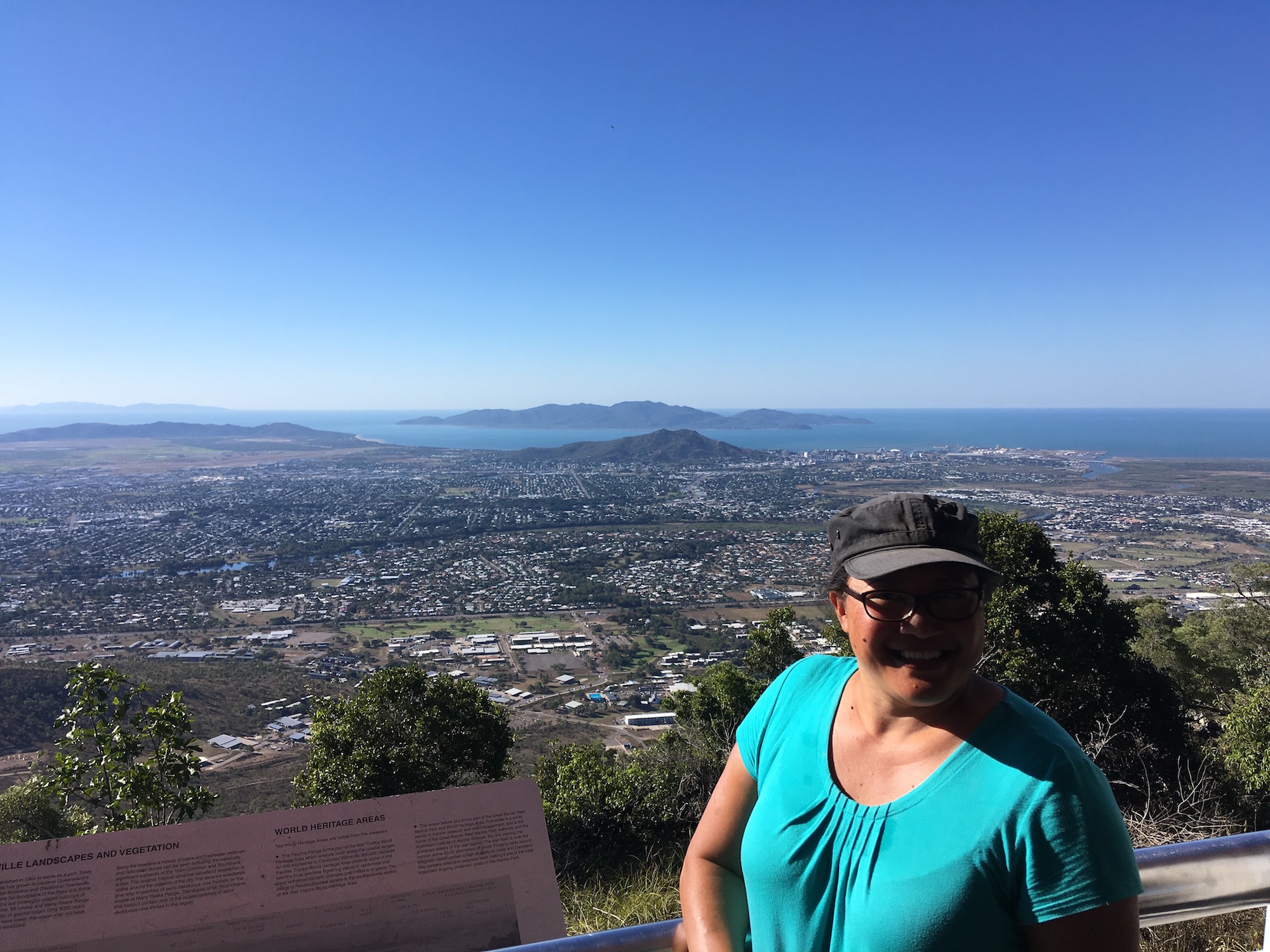 Looking out to Magnetic Island again, this time from Mt Stuart. (And yep, wearing the same clothes as yesterday. :-P) 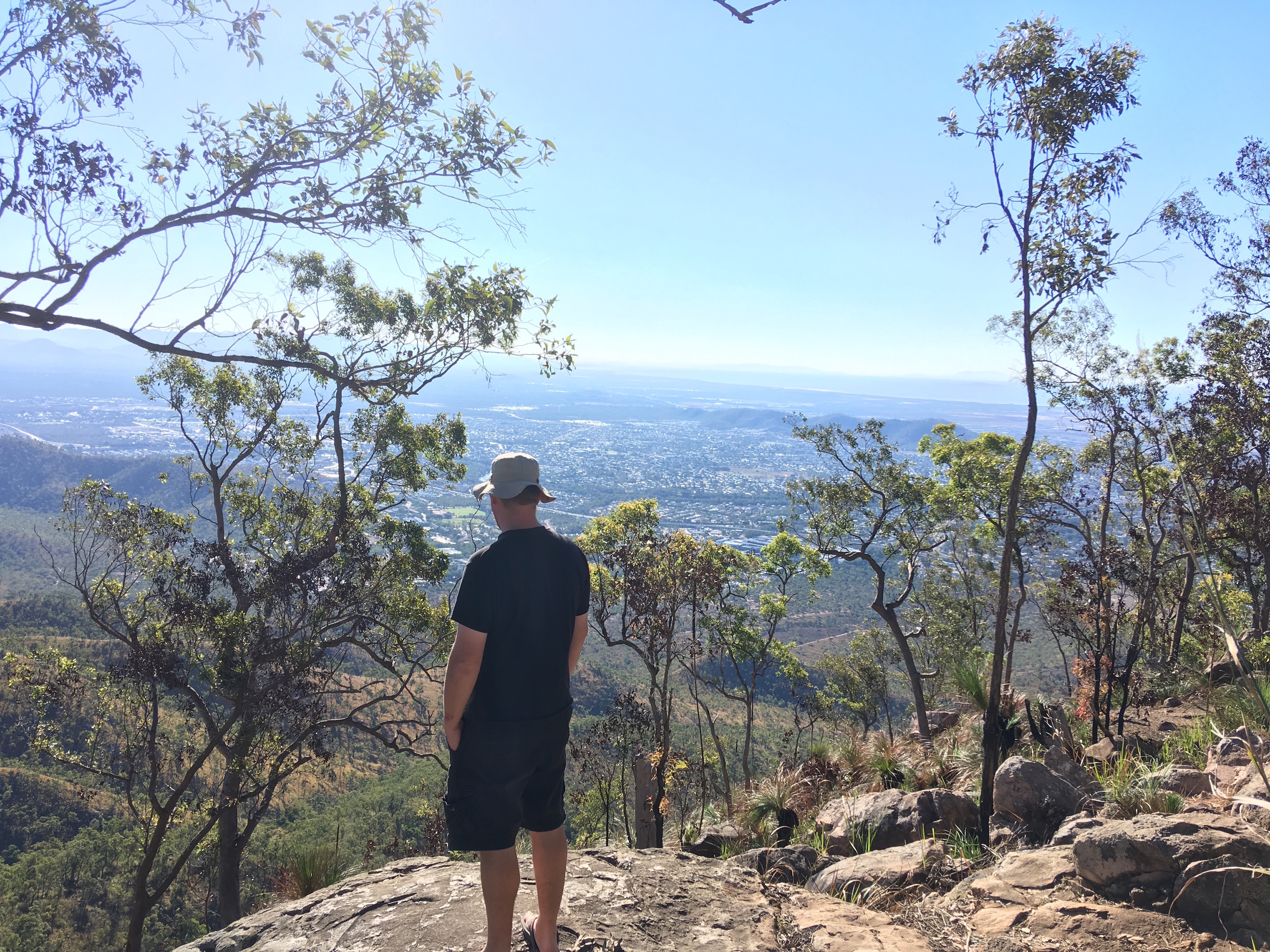 At the northern end of Townsville, past the Town Common (great for bird watching… apparently) is Cape Pallarenda, there are plenty of walking tracks where you get more magnificent views of the ocean and a view back to the city of Townsville.

This is one of those times that we wish we could have captured on film.

Sitting down to enjoy our picnic lunch at Cape Pallarenda and before we know it we’re both jumping around trying to get green ants off our feet. Michelle lost her jandal in the melee so was jumping around on one foot as Ben was trying to rescue the jandal.

All while we have a mouthful of sandwich and giggling uncontrollably. It was hilarious.

In hindsight, they were nothing compared to the decidedly larger wolf spider waiting to pounce on me when I opened up the case we keep in the trailer for all our spare stuff.

There was a lot more squealing involved this time (and that was just from Ben) and a lot less laughing.

Green ants under the picnic table, and a wolf spider.

And on a lighter note… we bought new hats. 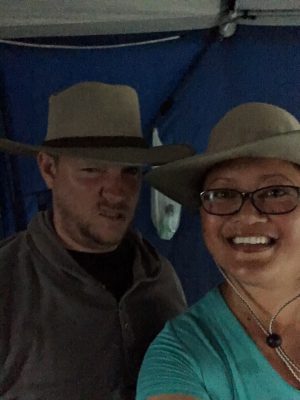 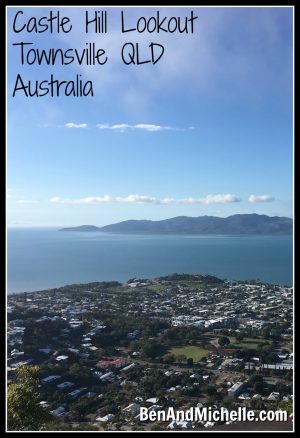 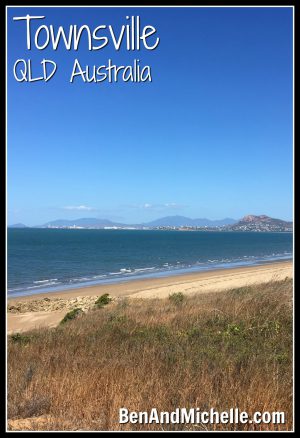